An average of 211 London pedestrians and cyclists were killed each year between 2005 and 2009, while 3,416 more were seriously injured.

This does not have to happen, say London Mayor Sadiq Khan and Mike Brown MVO, Commissioner of Transport for London (TfL).

As Brown said while launching the ambitious Vision Zero action plan, “It is neither inevitable nor acceptable that anyone should be killed or seriously injured while travelling in London. When we leave our homes each day, we should feel safe and confident about the journey ahead.”

In July 2018, Mayor Khan announced Vision Zero, aimed at eliminating all deaths and serious injuries from road collisions on London’s streets by 2041. This plan aligns with the Mayor’s Transport Strategy, which targets 80 percent of journeys to be made by public transport, walking, and cycling by 2041. But before people are comfortable using more sustainable means of transport, the roads must be safer.

Since Sweden introduced the first Vision Zero programme in 1997, the approach has since been adopted by cities including Copenhagen, Vancouver, Rome, and Barcelona. Traditional road safety programmes attempt to change behaviour, such as urging pedestrians and cyclists to wear reflective clothing. This approach accepts that serious accidents are inevitable.

Vision Zero, however, refutes the assumption that fatalities are inevitable. As the Vision Zero Network explains, the new focus seeks to minimise road dangers by reducing the amount of kinetic energy in the road system. With less energy in the system — fewer vehicles, moving slower — mistakes are less likely to be fatal.

1) Safe speeds: Since collisions at 30 mph are 5 times more likely to be fatal than those at 20 mph, the TfL road network reduced the speed limit to 20 mph on about a third of its streets and stepped up compliance efforts. Many other borough-managed streets and the City of London are also reducing speed limits.

2) Safe streets: 76 percent of all collisions occur at junctions. Vision Zero invests £54m to improve 73 of the most dangerous junctions while analysing additional junctions.

5)    Post-collision response: Police will work with professional collision investigators to better understand the causes of collisions to prevent their reoccurrence, while TfL will promote driving bans for repeat offenders.

Targeting the most dangerous vehicles

Of the 69 pedestrians and cyclists killed in 2016, 27 were hit by an HGV or bus. Indeed, large goods vehicles account for less than 5 percent of kilometres driven in London but caused 50 percent of fatal collisions with cyclists in 2016.

Vision Zero offers several changes to solve this problem. Sending more materials by rail or water will minimise vehicles circling construction sites before deliveries. Construction sites themselves are being redesigned with an eye towards better traffic flow and sightlines.

However, much of the problem lies in how HGVs are designed. Most HGVs were developed for driving off-road, away from people, with elevated cabs that limit visibility at ground level. On a remote construction site, this is not as dangerous — but introducing these vehicles into urban roadways puts pedestrians at risk. Major design changes are gradually improving HGV visibility, but too many older vehicles lack critical safety technology.

The Direct Vision Standard (DVS) is the first such standard in the world that recognises the need to improve visibility from HGVs. DVS will soon require all 250,000 vehicles over 12 tonnes operating in Greater London to have a safety permit. However, this safety permit will only be granted to vehicles that meet minimum visibility and safety standards.

The DVS includes a rating system that weighs how much a driver can see directly from the cab windows. HGVs that earn a rating of zero stars have the worst visibility, while a five-star rating signifies the safest vehicles. During the first phase of Direct Vision Standard enforcement, HGVs with a zero-star rating will not be allowed on London streets unless they add Safe System measures. By 2024, only vehicles with a rating of 3 or higher will be permitted.

HGVs that do not rate sufficient stars must install safety systems, such as:

Many of these improvements are part of fleet safety management technologies that integrate machine vision (MV) and artificial intelligence (AI) for a 360° approach to better fleet safety. For example, the Lytx Driver Safety Programme helps fleets build a safety culture through wide-angle dash cams, comprehensive reporting, and video-based coaching workflows. This programme identifies a fleet’s riskiest behaviours and provides tools that help drivers improve — while boosting a fleet’s productivity and efficiency.

HGV operators began applying for the free Safety Permits in October 2019. By January, more than 8,000 permits had been issued, including 500 to lorries with a zero rating that require additional safety measures.

Originally, all vehicles were required to apply for a permit and be rated by October 2020. Coronavirus-related disruptions have pushed back this deadline until at least February 2021. Read more

As Mayor Khan said on 9 April, “Coronavirus has disrupted supply chains and placed additional demands on the freight industry, making it more difficult for new standards to be met on time. To help ease pressure on the sector I've asked TfL to delay the enforcement of the new stricter rules, initially for four months, to allow the freight industry to focus on its core operations during the pandemic.”

However, the commitment to the Direct Vision Standard has not wavered. Even as initial implementation is delayed, TfL and other entities are working with the European Union and HGV manufacturers to raise standards throughout Europe.

The road to zero deaths is long, but Vision Zero is already saving lives. 2018 saw 111 deaths, the lowest on record, with 3,954 serious injuries. Official 2019 data will be released in June 2020, but preliminary figures show that 73 pedestrians and 6 cyclists were killed, which is substantially lower than the figures reported in prior years.

Complying with DVS and other Vision Zero goals will take time. The recent extension of the deadline for permits and acquiring vehicle ratings will allow fleets time to explore advanced, DVS-ready technologies such as Lytx’s Driver Safety Programme to see how machine vision and artificial intelligence can help provide greater visibility, reduce risk, and improve safety.

Lytx can help fleets plan for and comply with DVS and other Vision Zero goals. Learn more about our DVS-ready technology, or book a demo today.

This blog is for informational purposes only.  It is not intended to convey legal opinion or advice. 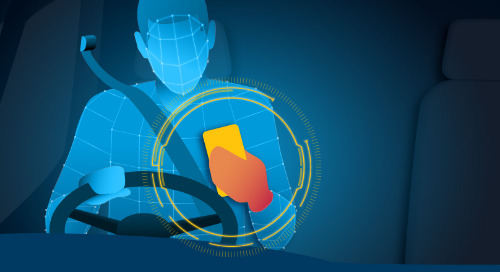